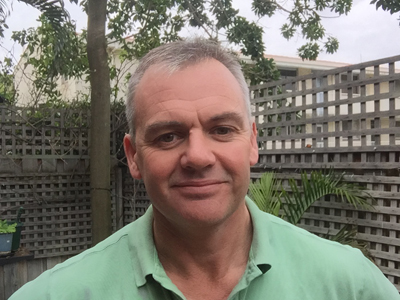 Clients Works with producers across WA, from mixed cropping and sheep enterprises, cattle to 100 per cent sheep

Why Merinos? My top 3 reasons

Ed, a farm management consultant, says benchmarking figures for Merinos in WA’s Wheat Belt Region ranged from $35 to $40-plus dry sheep equivalent a hectare in 2015-16.

“Out in the Lake Grace region, with a DSE of 4-6/ha, producers were benchmarked as making $200 to $250/ha which, next to 2 tonnes/ha of wheat or barley, is a very comparable enterprise,” he said.

“The other benefit of sheep, and a Merino enterprise, is they have a much lower risk potential. They are a very reliable and cost-efficient operation to run. Having said that, sheep and cropping are two hugely complementary enterprises.

“Having a legume rotation can provide great sheep feed, and also provide nitrogen and nutrient benefits for soils and future crops. Sheep also play a huge role in weed management.”

Ed says output per hectare was the real driver of commercial success.

“Producers should talk more about their sheep, like they do with their crops,” he said. “Concentrating on gross margins and benchmarking allows clients a real opportunity to see where they fit and keep it real with their income/ha. It’s about optimising your management and the environment that you live in.

“There’s a huge opportunity for farmers in terms of what they put into their operations. Whenever I benchmark a group of businesses, it’s the income per hectare where the real variation is, not the costs.

“Financially successful businesses spend money on things that generate income, whether it’s feeding the appropriate amount, bulking up pastures to improve stocking rate and lambs per hectare or ensuring they have healthy, parasite-free animals.

“If you spend some money in the right area, for example, if you sow crops for feed, if you have sparse pastures then this can then potentially go straight to profits as you increase the amount of DSE/ha you are able to run.”

Ed has a mix of clients across WA, from mixed cropping and sheep enterprises, cattle to 100 per cent sheep. He financially benchmarks clients’ enterprises to analyse their operations, highlighting areas for improvement.

“If producers want to optimise the money they make per hectare, they need to run the optimum amount of stock per hectare while considering their environment, genetics and management capacity,” he said. “Wool is such a great product, it forgives a lot of management sins, and wool is at a fantastic price.”

Ed says there are three key factors of management:

“It’s hard to optimise stocking rates and lambing percentage if you’re lambing onto dry paddocks with no feed and having to feed out high levels of grain for every extra ewe that’s being run,” Ed says.

Ed said Merinos were a particularly low risk enterprise, because of their dual-purpose abilities to grow meat and wool.

“The dual income is fantastic,” he said. “The genetics that are available in the Merino breed also mean there are vast opportunities for whatever you want to concentrate on, whether that be wool, or meat, or a dual income. You need to select animals that suit your management style and whatever it is you want to do.”

Ed said the 2016 season had been one of the best stock year in memory for most of WA.

“Wool cut is up 10 per cent, as we’ve had a much longer growing season thanks to an earlier break. There’s been solid lambing percentages and lambs are getting up to weights quickly due to being lambed onto good feed,” he said.

“The wool indicator is in the ninth to top decile. Average farm sheep sales are about $80 to $90 per head, last time we enjoyed this was during an incredibly hard 2001 season so it’s fantastic that farmers can enjoy a great season and great prices.”