Victorian stud, Glenpaen continued their success in the show circuit winning the Grand Champion Ewe at Sheepvention with the same ewe that also took out the honours at both the Australian Sheep & Wool show at Bendigo and the Ballarat Sheep Show. 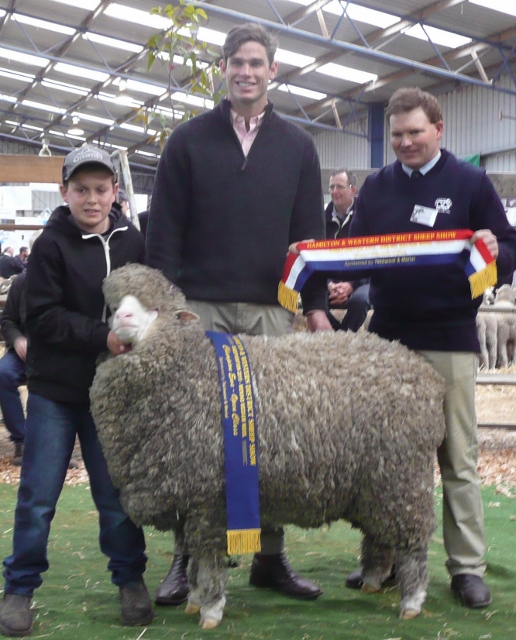 In a quirky twist, the Grand Champion Ram award was taken out by Wurrook Merino Stud, Rokewood, Victoria, with a long wool Fine wool ram, with a different ram to the winner of both shows at Bendigo and Ballarat.  Orrie Cowie Poll Merinos from South Australia was also a strong challenger in the medium and broader classes with their Poll Merino lineup and won the Reserve Champion Ram of Show.

Photo below: The Champion Ram sashed in the championship lineup at Sheepvention. 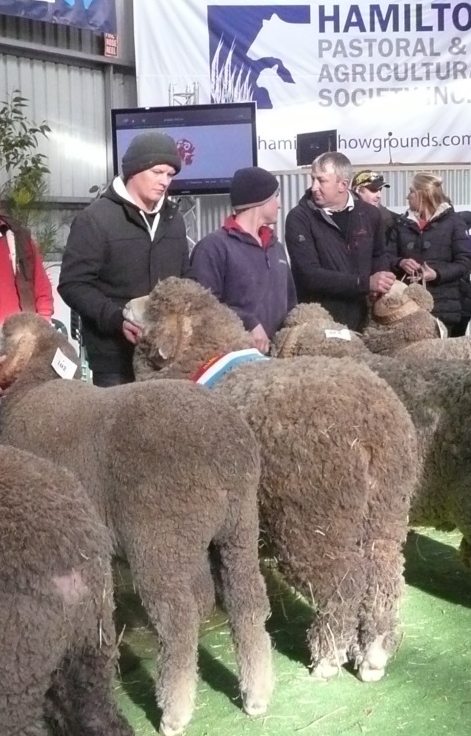 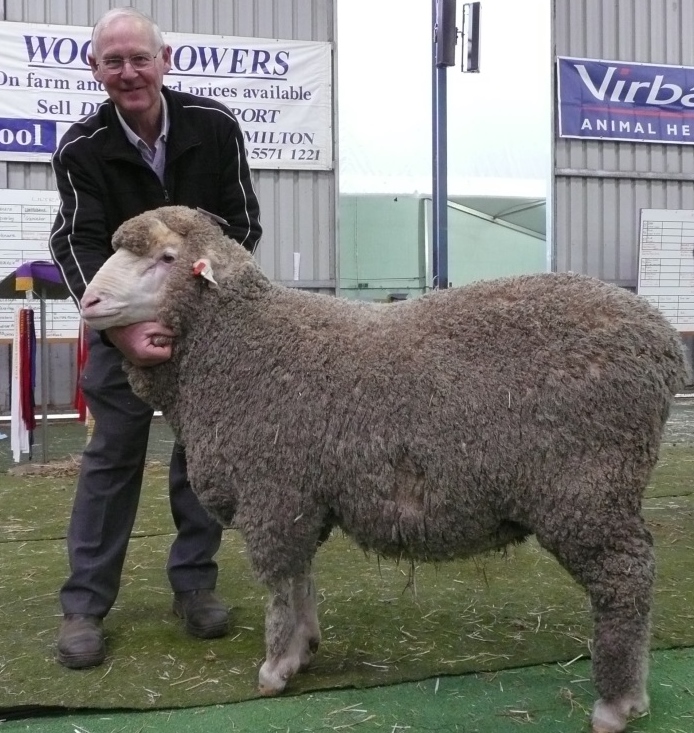